At what age will your toddler start making friends? 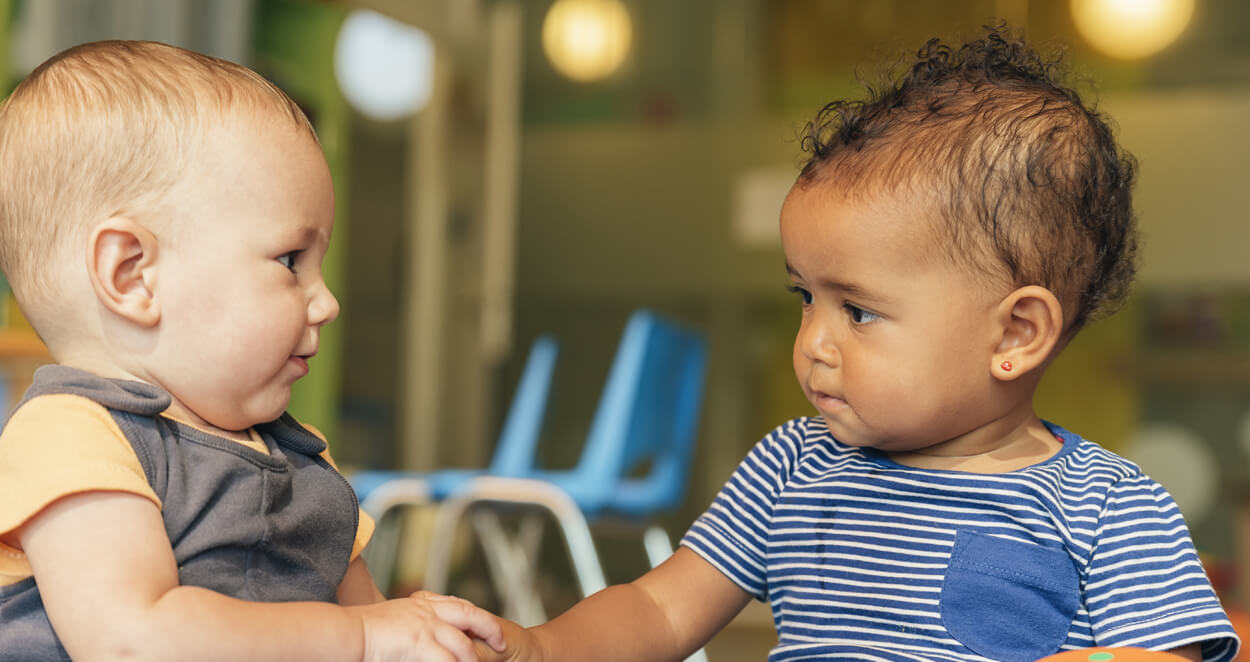 We all want our toddlers to make friends, playmates or buddies but at 18 months, playing alongside other children is all you can expect from your toddler at this age. At 18 months, toddlers are still too focused on themselves to make friends in the sense that us adults expect. They can, however, always practise the skills that they will need to adopt later on.

Toddlers aren’t sociable in the same way as older children and adults are. Having said this, they find meeting other small children exciting and great fun but still tend to see themselves as the most important. Toddlers would rather take things than give them and their moral compass isn’t yet completely clear. By far the most important person to them at this age is ‘me’. Bear in mind that this selfish instinct is acceptable and age appropriate.

’Parallel play’ is a well-recognised phase in your child’s life and should be encouraged. It provides good practice for what will be considered ‘playing together,’ later on in your child’s development. In time, this practice will translate to sharing and showing consideration when making friends.

You should introduce your toddler to other children who are their age and who they can play with on a small scale. Begin with socialising your child with one ‘friend’ and encourage games that are played together, but don’t expect too much. Stay close by, keep the peace and remain neutral. Don't push things – it’s supposed to be fun for everyone.

Do you have any suggestions for games that toddlers can play together?