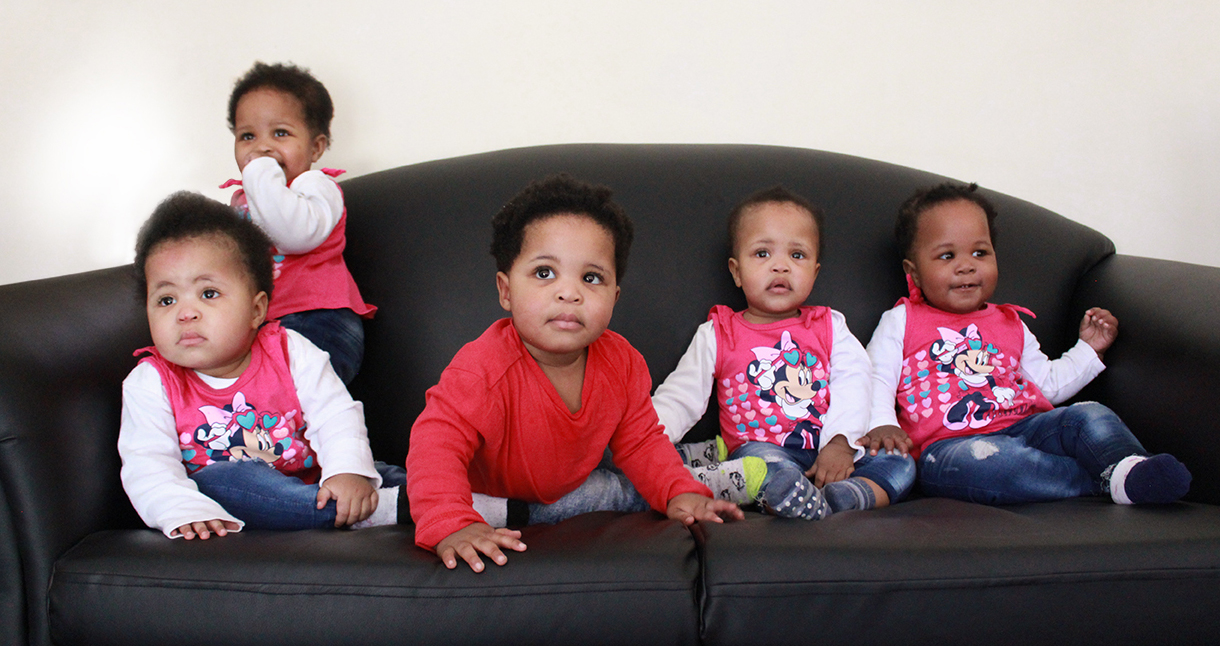 A year later, the five tots are healthy and happy (and mom and dad are coping – well, just!)

On 6 September 2018, Prudence Buthelezi gave birth to quintuplets at the Clinix Botshelong Empilweni Private Hospital in Vosloorus. The birth of the five babies made headlines, as they were the fifth set of quintuplets to be born in South Africa since 1960. Plus, Prudence and her husband, Joe, had been expecting triplets.

One year later, the quints – Siyanda, Sibahle, Simesihle, Silindile and Sindisiwe – are healthy and happy. But having five babies at once hasn’t come without its challenges: the biggest being a lack of sleep, and finances. 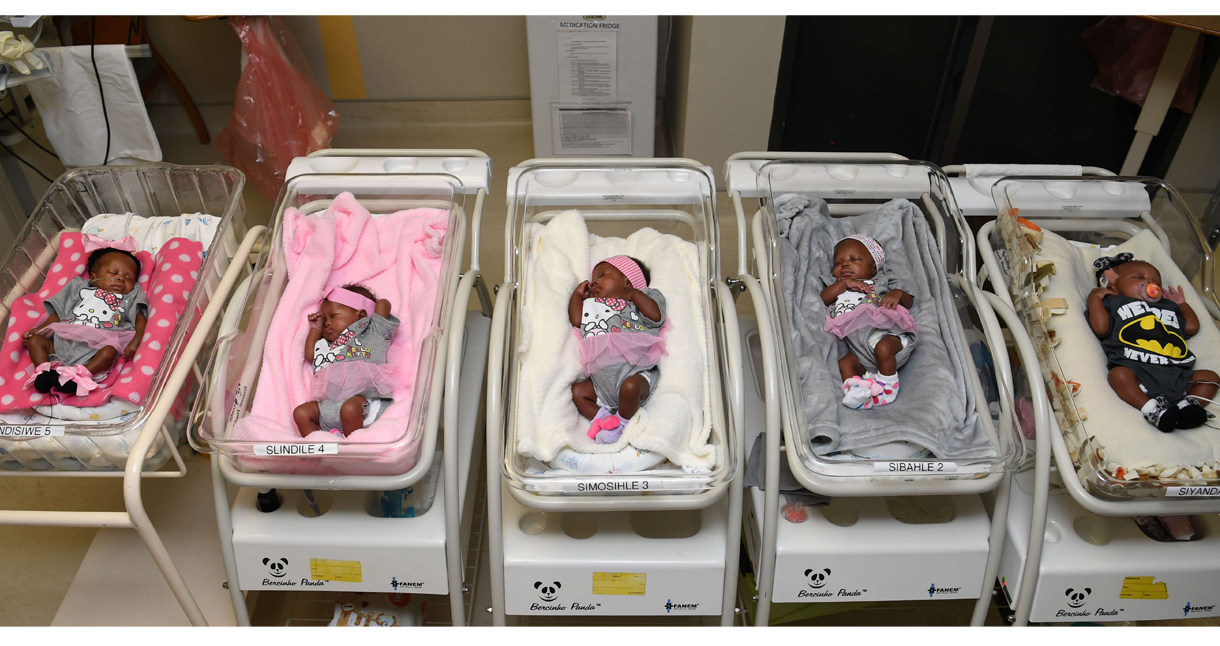 The Buthelezi quintuplets, soon after their birth in September 2018

“We rotate sleeping,” says Joe. “Sometimes we’re up from 1:30am to 4am. And we only got prams now, a year later, because we couldn’t afford them.”

Dubbed ‘the big five’ by nurses at Clinix hospital, the quintuplets already have personalities: Sibahle is quick to learn and teaches the others how to be naughty; Siyanda thinks he’s an only child and cries when any of the girls are picked up; Simesihle is quiet and tends to get her hands ‘stuck’ in the peanut butter jar; Silindile is quick-tempered but loves people; and the youngest, Sindisiwe, is very independent (but only mom and dad are allowed to hold her). 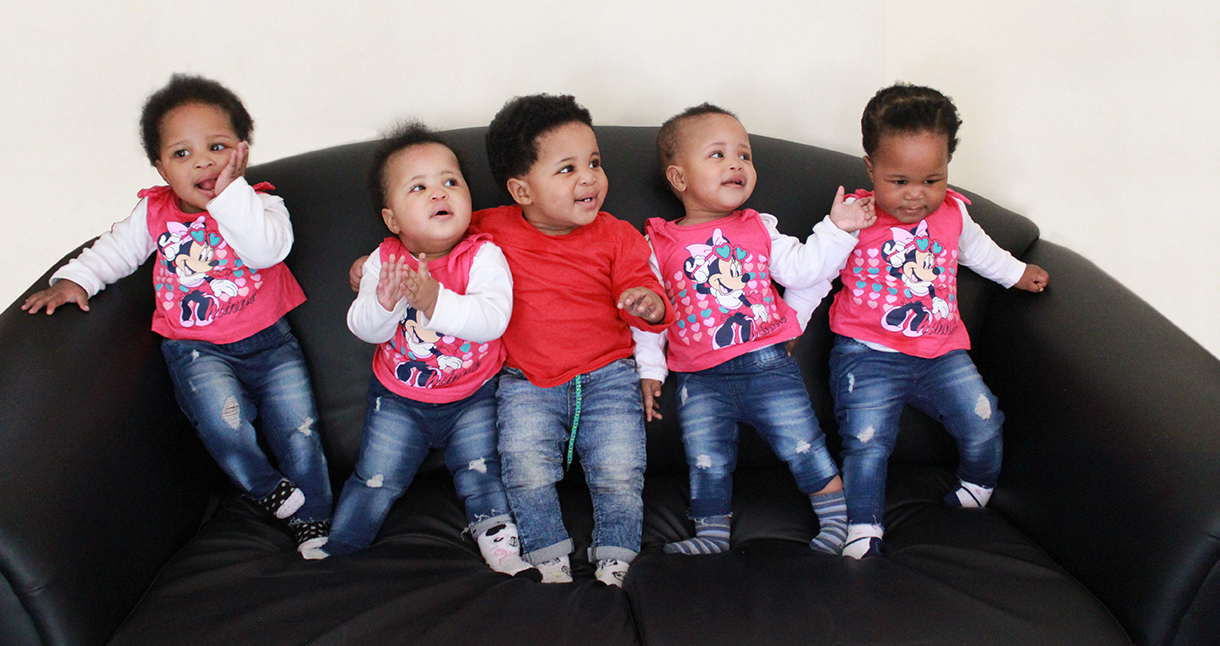 
When asked which baby represents each big five animal, Joe says: “With his crying and attention-seeking Siyanda is definitely a little lion; Sibahle is stubborn like a rhino; Simesihle is very clever and mischievous, like an elephant; Silindile is always ready to charge like a buffalo; and Sindisiwe is a leopard – quiet and fiercely independent.”


Cuddlers’ donation of a year’s supply of nappies to the Buthelezis – which was officially handed over on 18 October 2018 by Cuddlers’ marketing executive, Murray Booth – was not a case of gift-and-go. One year on, the happy baby company has announced that it’ll continue to sponsor all five tots until they are two years old.


What’s more, Murray has personally delivered most of the products to the Buthelezi home.


“Once, even though we knew he was coming, we’d fallen asleep due to exhaustion, and Murray arrived at the gate,” says Joe. “After some time I saw a WhatsApp from him – he didn’t hoot because he didn’t want to wake us up. It’s rare to find people who give you so much assistance.” 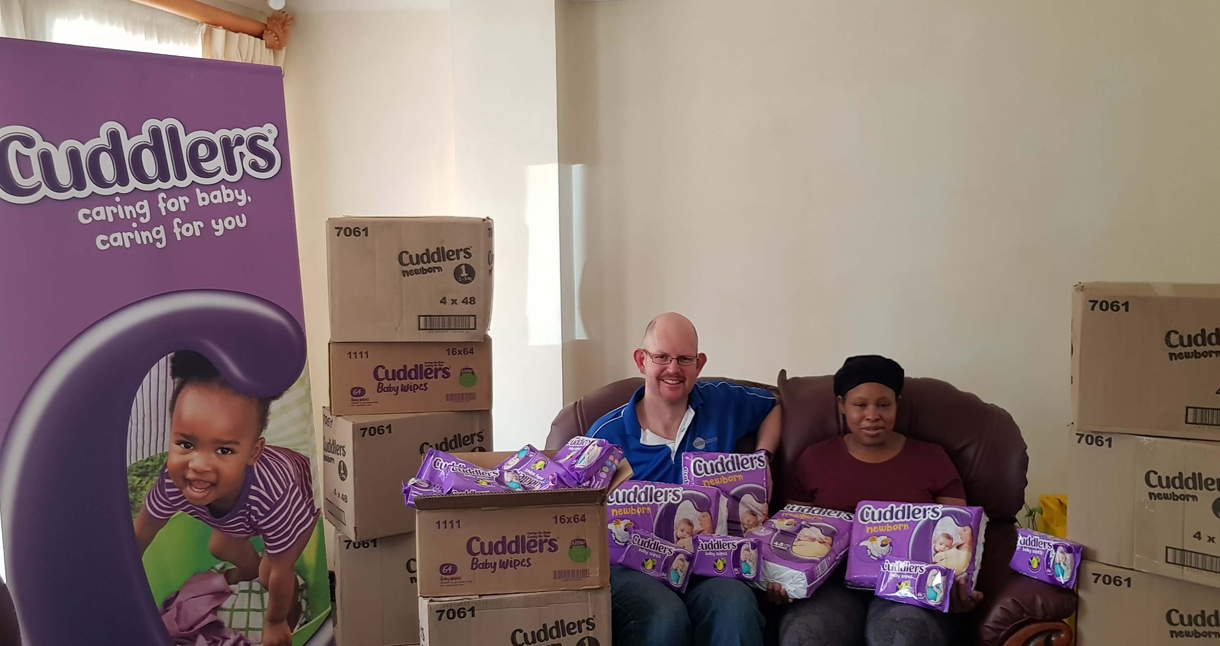 Joe can’t emphasise enough how important the Cuddlers sponsorship is to him and his family.


“It’s huge,” he says. “It’s only Cuddlers that has assisted us. I just wonder if Cuddlers wasn’t there, how we were going to cope; their donation has saved us more than R25 000 in the past 12 months! I honestly don’t think we would’ve survived otherwise; we are very grateful.”