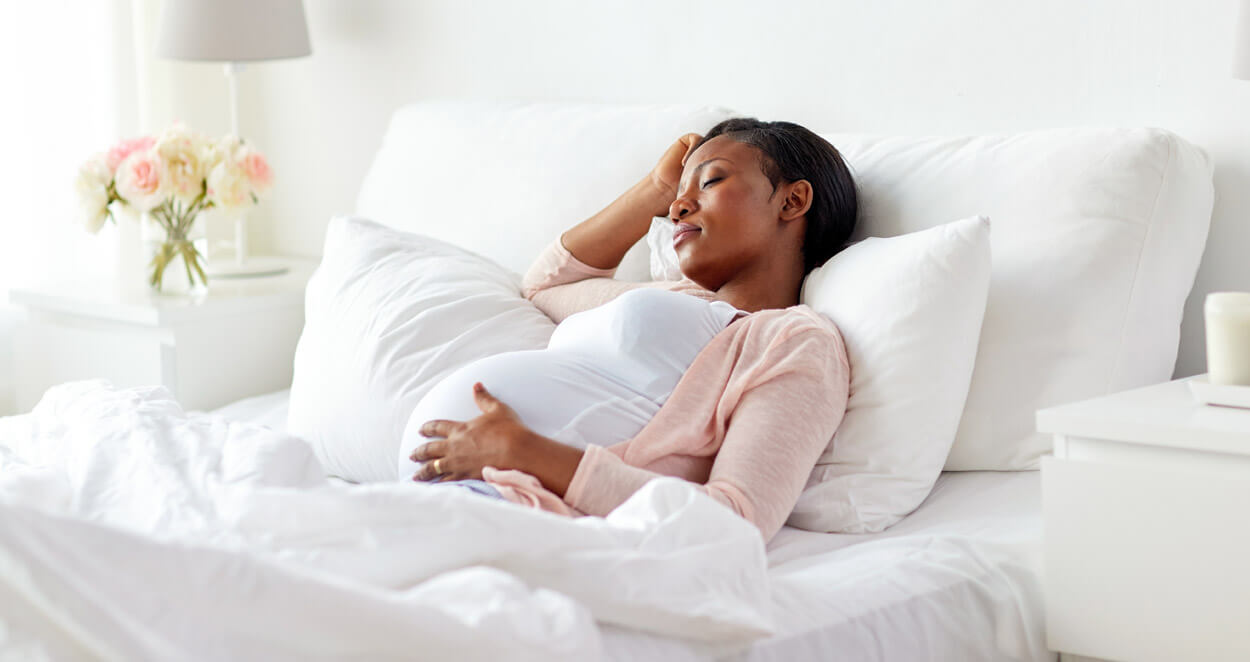 We’re exposed to germs every day. Usually the immune system can fight them off with antibodies, along with medication.

However, if you are pregnant your growing baby doesn’t have an immune system that’s fully developed, and most medication is not suitable for pregnant women.

While many illnesses won’t affect a growing foetus, some diseases can be highly dangerous – to both you and your baby.

Herpes is a common sexually-transmitted disease, but there is no known cure at this stage. Once the virus is in your system, it is with you for life and will either be dormant for many years or flair up from time to time.

Should you be pregnant and either become infected with the virus, or have a flair up in the later stages of pregnancy or during labour, the risk of infection to your baby is very high and very serious, and a Caesarean section will likely be insisted upon.

A baby infected with the herpes virus is at a high risk of blindness, brain damage and damage to vital organs.

Medications can be taken if you are pregnant and have had herpes in the past to reduce the chance of a flair up during pregnancy and labour, but an additional safety measure is to ensure that you and your partner either use condoms or avoid sex if either of you is experiencing a flair up.

This virus during pregnancy can cause serious problems. Developing German measles/rubella in the first four months of pregnancy can cause birth defects where your baby could develop problems with their brain, heart, sight and hearing. It has also been known to cause miscarriages.

If you are planning on having a baby, it is recommended that you get vaccinated against the virus before you fall pregnant as the vaccine cannot be administered during pregnancy.

People who have pet cats are more at risk of contracting this parasite, as it is commonly found in cat faeces as cats eat birds or other small animals that carry the virus. Even if you get infected and don’t have symptoms you can still pass it on to your baby.

For the average person, this disease is mild and manageable, but to a developing foetus, it can cause seizures, jaundice (yellowing of the skin and whites of the eyes) and severe eye infections at birth. Many early infections end in stillbirth or miscarriage. Only a small number of babies show signs of the disease at birth, but those who don’t usually develop hearing loss, mental disability or serious eye infections only in their teens or later.

The parasite can also be contracted by eating unwashed fruit and vegetables or undercooked meat.

Cytomegalovirus (CMV) is part of the herpes and chickenpox family. It’s a common but highly contagious virus that most people don’t even know they have, as it’s often symptomless. But if you get it during pregnancy it can be extremely dangerous to an unborn baby.

CMV can cause serious problems for an unborn baby such as vision loss or blindness, learning disabilities, hearing loss and often epilepsy.

To reduce the risk of infection as much as possible:

Hepatitis B and C

However, the risk of passing the disease on to the baby is largely dependent on how far along you are in your pregnancy. Contracting the virus later in pregnancy poses a higher risk to the baby as opposed to becoming infected in the earlier stages of pregnancy.

Another dangerous factor with hepatitis B and C is that they are silent diseases and most people infected do not realise it until the symptoms become severe.

For adults, their bodies have antibodies to fight off the virus and hepatitis B can easily be prevented with a vaccine (there’s no vaccine for hepatitis C), but both versions of the virus are dangerous to a growing baby, as they put the baby at risk for liver disease and liver cancer later on in life.

If you are planning on having a baby, one of the best things you can do is go for all the necessary tests to make sure that you are not at risk of passing on any dangerous illnesses to your baby.

If you are already pregnant, these tests are still very important so that if you do have any serious disease or are at risk of contracting one, your doctor can advise you on a way forward that keeps you and your baby as safe as possible.