It starts with the mom in the mirror 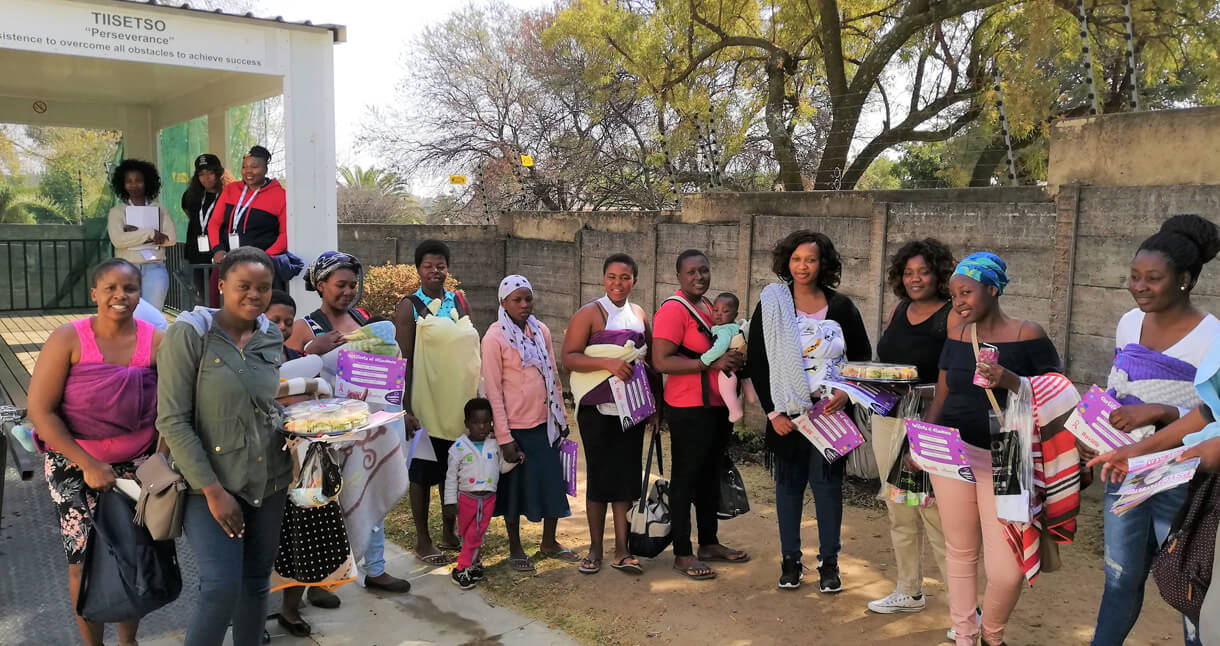 What do you see when you look in the mirror, and how do you picture yourself in your mind? This was the question that was posed to moms who belong to the Witkoppen Health and Welfare Centre support group.

Rufaro Chimbadzwa and Palesa Mokoena, two social work students who are completing their honours degree at the University Johannesburg, led a support session at the Witkoppen Health and Welfare Centre. The session focused on how to build a positive self-image in themselves, as well as their little ones.

Self-image is the combination of impressions your experiences in life have made on you, both good and bad. Both a positive and negative self-image has a ripple effect on other areas of your life and the lives of those closest to you. “Children learn by our example. If you as a mother are constantly doubting yourself and putting yourself down in front of your young, impressionable children, guess what? They will end up doing exactly the same,” said Mokoena.

The first step to changing any negative habit is to identify it. The moms were asked to join in on an activity where they wrote down any negative impressions they have of themselves, but they also had to write down a positive one. As a group, they discussed strategies each mother could use to overcome their negative thoughts about themselves, and then praised the positive thoughts. “If we want to reach our dreams, we need to first have a good sense of self,” added Chimbadzwa.

Fhumulani Makhera, the social auxiliary worker at Witkoppen Health and Welfare Centre, works very closely with moms from all walks of life. “Motherhood changes everything; your body and your lifestyle, and these changes affect self-image – sometimes positively and sometimes negatively. It’s important to focus on all the positives, especially during times of change,” said Makhera.

Murray Booth, the marketing executive at Cuddlers, said that all too often moms are so hard on themselves for not being perfect. “So much is expected from a mom that she often never has time to focus on herself and her needs. That’s why we wanted to create these sessions in the first place,” said Booth.