Sleep and your newborn 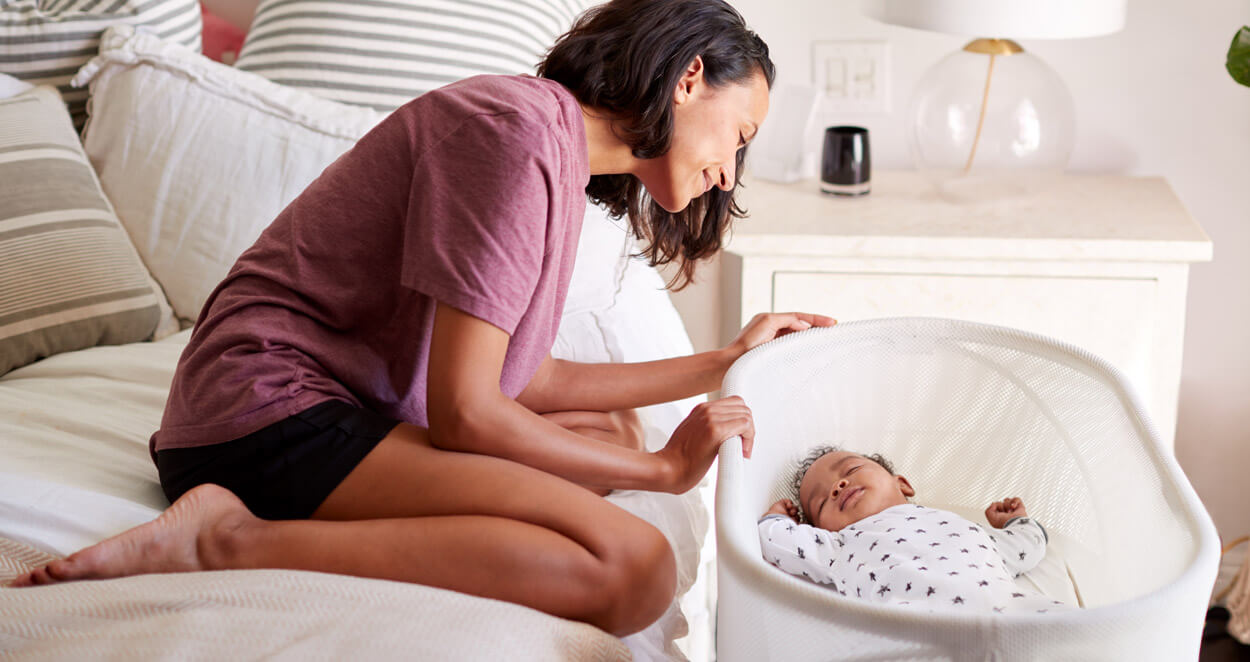 A newborn’s sleeping habits are very different from our own, and, especially for first-time parents, it’s difficult to know what’s normal and what should be a cause for concern. So to help ease your mind, here is a quick guide to what you can expect to happen when your newborn is sleeping.

How much sleep does your newborn need?

Sleep is very important to your little one’s health and development, particularly in the very early months. From birth until four months, your baby needs between 14 and 17 hours of sleep per day (24-hour cycle), and from four to six months, between 10 and 12 hours are needed.

From around six months, babies sleep about 11 hours and, if you are lucky, sometimes through the night with two or three short naps during the day.

As much as you would love to give your newborn one big feed at night that will keep them satisfied until the next morning, it doesn’t happen that way in those first few months. Newborns have very small tummies so they can only take in a limited amount at a time. Because of this, they need to be fed every two to four hours.

How to position a newborn for sleep

The safest position for your baby to sleep is on their back. This prevents overheating and reduces the risk of SIDS (Sudden Infant Death Syndrome). This is not to say that you should forgo tummy-time as it is very important to strengthen their neck and back muscles, but if your little one does fall asleep facing down, gently move them onto their back.

Newborns are noisy sleepers. Their breathing is often irregular with short pauses and strange noises but, 90% of the time, there’s nothing to worry about.

When should you worry?

While many of these strange sleeping habits of newborns are normal, it is always good to be aware of any signs of respiratory distress:

If you feel there is something wrong, speak to your doctor or paediatrician as soon as possible. As always, trust your instincts.